Superconductivity and French prototype: a crucial milestone coming up for MYRRHA

In order to accelerate MYRRHA’s proton beam, researchers need superconductivity. Superconductivity is the phenomenon whereby electrical resistance of some materials vanishes below a certain temperature. The temperature needed for MYRRHA is 2 Kelvins. The ideal conditions will be created by cryomodules of which the French company SDMS, La Chaudronnerie Blanche recently developed a prototype. MYRRHA is one step closer to reaching a new milestone. 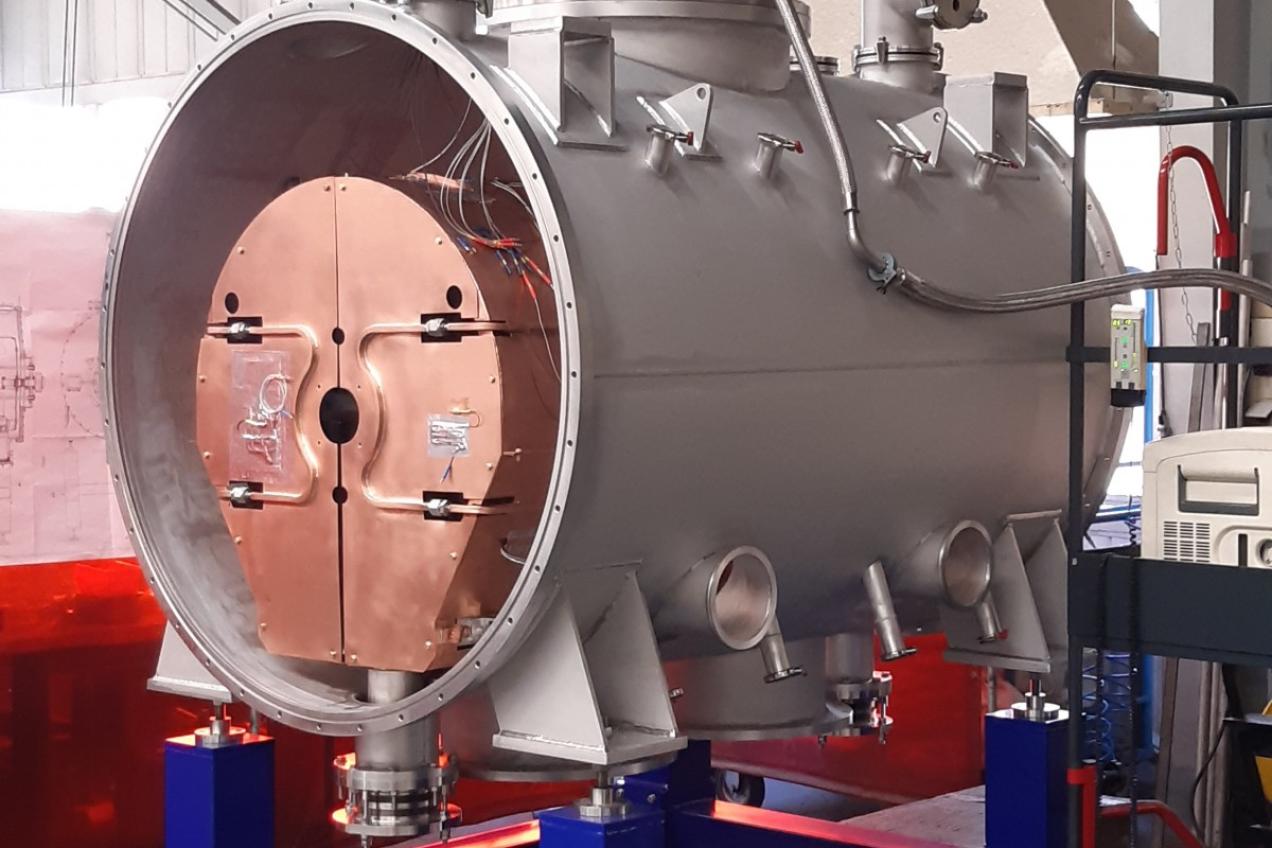 SCK CEN is working actively on the construction of MYRRHA, the world's first research reactor driven by a particle accelerator. The special feature of this unique configuration – Accelerator Driven System (ADS) – is the subcritical core of the reactor. The core does not have enough fissile material to spontaneously keep the chain reaction going. It must therefore be fed by an external neutron source. “This is where the particle accelerator comes into play”, states Dirk Vandeplassche, physicist and particle accelerator expert.

MYRRHA’s particle accelerator consists of an injector with an ion source and a Radio Frequency Quadrupole (RFQ) as well as an assembly of magnets and cavities. The proton beam will be accelerated and then fired at a spallation target at the centre of the reactor core. “In order to drastically reduce the energy loss of the accelerator, we need superconductivity”, explains Vandeplassche. Superconductivity is the phenomenon whereby electrical resistance of some materials vanishes below a certain temperature. “The temperature we need is 2 Kelvins.”

SCK CEN has to install cryomodules to reach this temperature. The cryomodules will take care of the cooling so that the cavities can carry out their task. “In particular, accelerating the proton beam”, stresses Vandeplassche.

SCK CEN chose the French company SDMS, La Chaudronnerie Blanche after a public tender. “The company has considerable experience in this field and is highly motivated to work for MYRRHA”, says Vandeplassche. The passionate company started immediately and announced that they finished the development of a complete cryostat for a prototype cryomodule. The cryostat consists of several components among which a vacuum vessel, a copper thermal shield and a cryogenic tank. The entity is currently tested for its reliability and safety in Orsay (France).

On the picture: the cryostat, casing of the cryomodule.