U.S. Department of Energy to investigate closer cooperation with MYRRHA

The Director of Office of Science within the U.S. Department of Energy, Chris Fall, has visited SCK CEN today to discuss cooperation opportunities and in particular to be informed on the progress on the MYRRHA project and a possible partnership. As a result, the Office of Science and the MYRRHA team will investigate closer cooperation between MYRRHA and the Office’s national nuclear research laboratories. 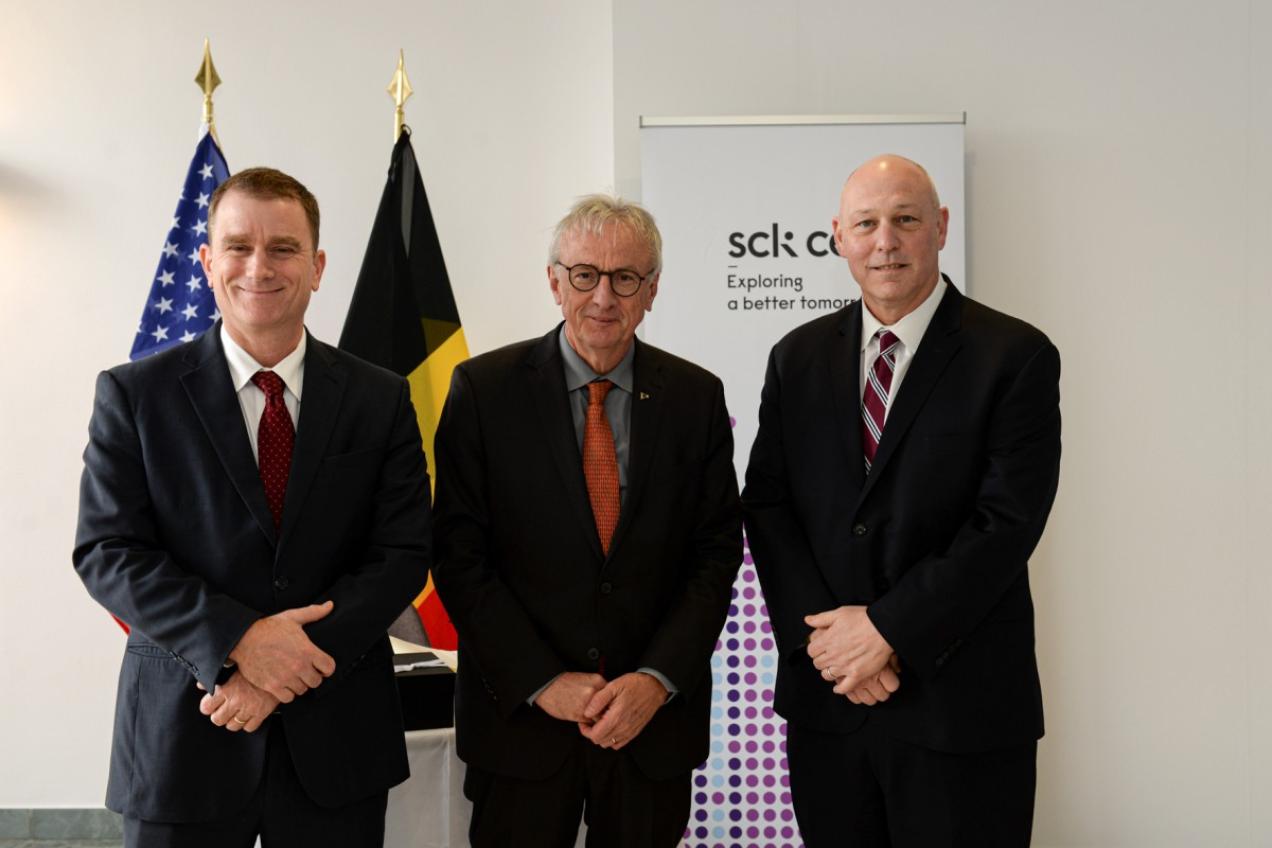 Belgium and the United States share a long history of close cooperation in the nuclear fields. The U.S. have followed MYRRHA closely since its inception more than 20 years ago. U.S interest in MYRRHA was boosted with the Belgian federal government decision of September 2018. With that decision, Belgium confirmed that the project was going ahead and invited international partners to join the project.

Closer U.S. cooperation with MYRRHA was discussed during today’s visit by Chris Fall, Director of the Office of Science within the Department of Energy. The Office of Science fosters innovation, technology development and economic progress as the lead federal agency supporting fundamental research for energy production and security. Assisted by advisors Adam Kinney and Corey Cohn, the Deputy Chief of Mission at the U.S. Embassy Nicholas Berliner and the Embassy’s Economic Specialist Pieter-Jan Van Steenkiste, Chris Fall was briefed in depth on the MYRRHA project and the possibilities of entering in partnership with the MYRRHA international consortium, inter alia during a visit to the MYRRHA Hall of Technology. Chris Fall showed a great interest in the project and appointed Office Associate Director Harriet Kung, who coordinates Basic Energy Sciences, as the contact person for MYRRHA to investigate how the Office’s national laboratories may contribute to MYRRHA.