Another MYRRHA first: ‘Into the new development phase at full throttle’

In the summer, we reported on the first acceleration of MYRRHA's proton beam, an important step in the construction of this unique research reactor. Our researchers have just taken that result to the next level. For the first time, the Radio Frequency Quadrupole produced a proton beam at the exact requirements to drive the particle accelerator. “A milestone we have been working towards for 6 years, a breakthrough that is the result of international collaborations,” said Hamid Aït Abderrahim, Director of MYRRHA and Deputy Director-General of SCK CEN. 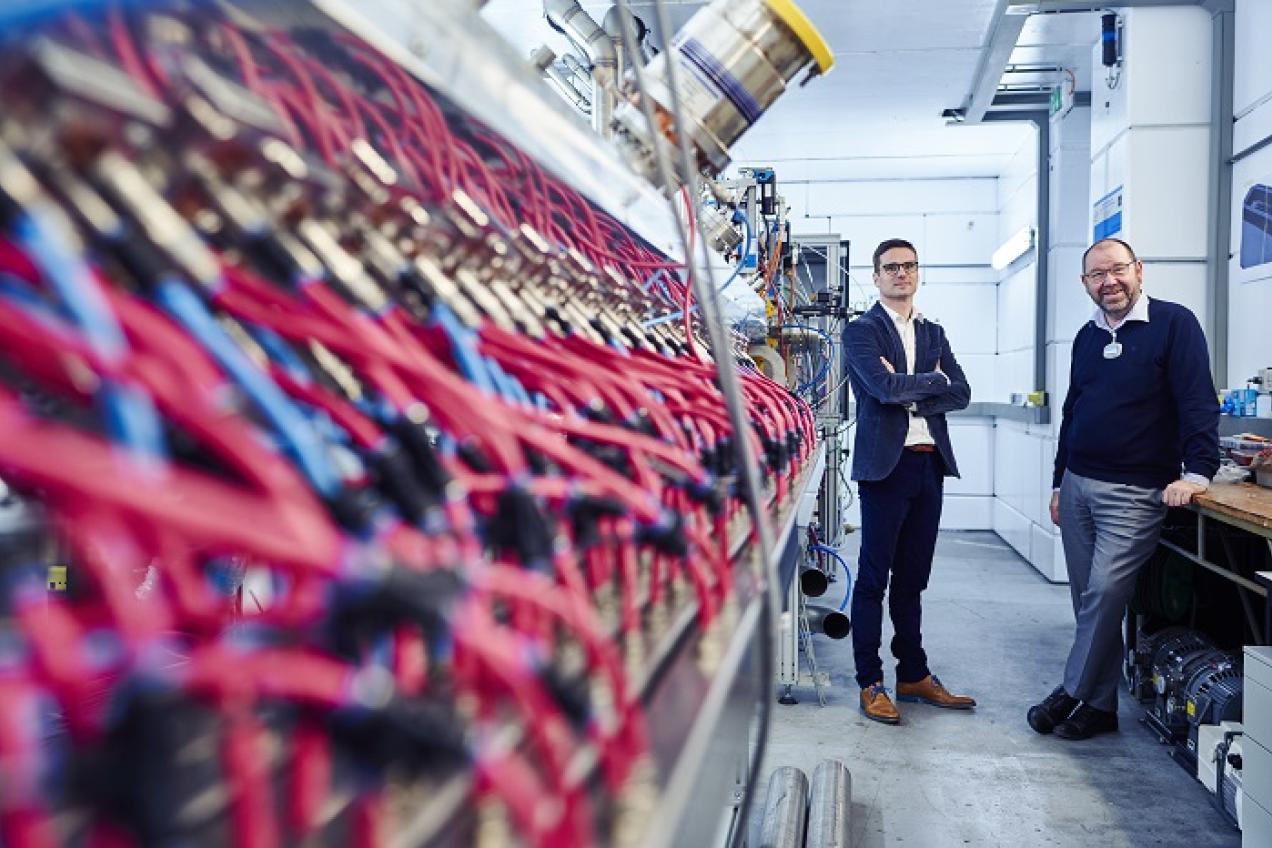 The year 2020 brought many ‘first times’ to the world and SCK CEN is only too happy to add yet another first. Indeed, the MYRRHA team clapped eagerly after a new grand experiment with the Radio Frequency Quadrupole – or RFQ. This component forms an important part of the particle accelerator, whose purpose is to control the subcritical research reactor MYRRHA. In practice, the component will accelerate the proton beam from the ion source to produce a suitable beam, which will be accelerated to increase the energy level.

In the experiment, the researchers tested the Radio Frequency Quadrupole for several hours. The aim? To demonstrate that a typical MYRRHA proton beam can be delivered at the RFQ output. This – in particular how the beam leaves the RFQ – is an indispensable link in achieving the level of reliability of the accelerator, that is essential for MYRRHA. “Have we succeeded in our mission? By a country mile! With a power output of 100% and without any interruption for several hours, we established the nominal proton beam in black and white," beams Dirk Vandeplassche, physicist and specialist in particle accelerators at MYRRHA.

The experiment highlights the ingenious construction of the particle accelerator more than ever. Dirk Vandeplassche explains: “The ion source, the low energy line, the chopper, the RFQ cavity, the RF power amplifier, the RF control at low level, the machine's security system... All these different components must be perfectly attuned to one another. Seeing that assembly at work at full power makes us proud and means we're looking forward to the next phase of development.” The next step in the development of the MYRRHA research reactor includes  reliability tests, which become more and more challenging. In addition, experiments on CH cavities, which will be used to raise the energy level, are getting closer and closer.

This ingenuity came about thanks to collaborations with numerous European partners. SCK CEN joined forces with: