“With MYRRHA, we will be able to make sure that in the near future, nuclear waste will only remain radiotoxic for 300 years.” A technological solution to treat nuclear waste sheds a different light on the climate issue and the role of nuclear energy in that regard. But how does that work exactly? What stage has research into this transmutation technique now reached? And how soon can it be put into action?

Michael Grytz, a journalist for the German TV station ARD, came to Belgium in order to take a look at the nuclear research centre SCK CEN. Thanks to the MYRRHA project, SCK CEN is leading the field in research into this promising technique. 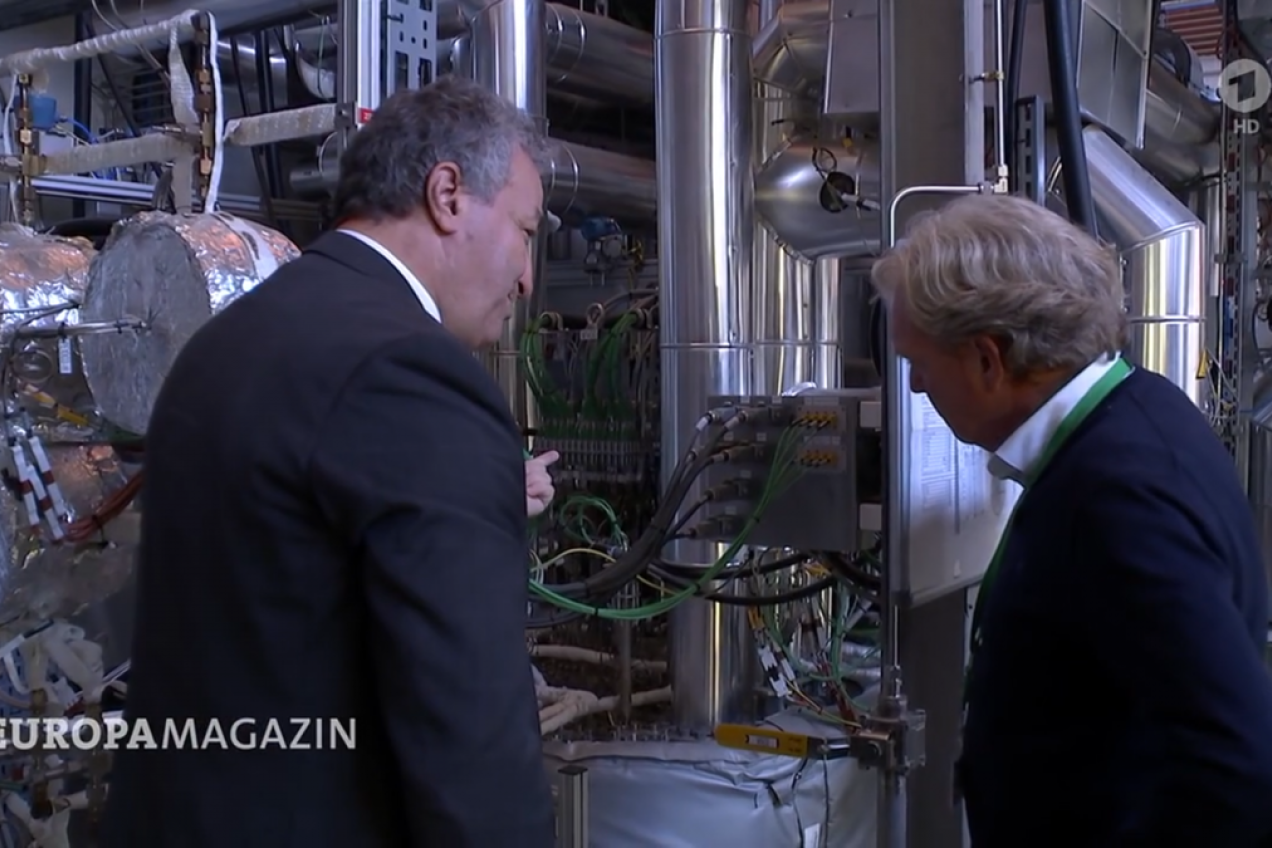 Recently, Europe has been hit by severe flooding. Now that the climate issue is the centre of attention, the debate surrounding nuclear energy has also flared up again. Can nuclear energy play a part in the fight against climate change? Should we include nuclear energy in the calculations as a means of achieving our climate objectives? France is convinced that we should. For Germany, the benefits of including nuclear energy do not outweigh the disadvantages. The country points to the problem concerning nuclear waste. Radioactive waste will emit harmful radiation for hundreds of thousands of years, but what if ... we could drastically shorten that period and reduce the volume to a fraction, thanks to technological advances?

MYRRHA aims to provide that technological progress. “Whether a country keeps nuclear power plants open for longer is a political decision that will not take into account the action that needs to be taken to take care of the waste. That is a matter that will require a solution, whatever happens and it is our scientific duty to work on solutions. We call the solution for nuclear waste 'transmutation'," says Hamid Aït Abderrahim, the Deputy Director General of SCK CEN and director of MYRRHA. “Thanks to the transmutation technique, we will be able to reduce the volume of final waste by a factor of 100, while bringing down the radiotoxicity period from 300,000 years to only 300 years. MYRRHA is a front runner.”

How far have we got with that research? Will MYRRHA be used to process all of Europe's nuclear waste? If not, will it be necessary to construct a new nuclear park to ‘incinerate’ that nuclear waste? Does it release energy? And how inherently safe is that technology?

To answer all these questions, the journalist Michael Grytz paid a visit to our sites in Mol and Louvain-la-Neuve. Hamid Aït Abderrahim and Klaus Kümpel from the Institute of Applied Physics (IAP) at Goethe University Frankfurt, with which MYRRHA has been collaborating since 1999, provided a full and detailed explanation

The episode of Europamagazin can still be viewed on catch-up.