The MYRRHA project is one of the most innovative research projects to be built in the European Union in the next decades. MYRRHA contributes significantly to society. It will enable research on innovative options on the treatment of high-level nuclear waste. In addition, MYRRHA will be crucial for research and production of innovative radioisotopes for cancer diagnosis and less invasive treatment. 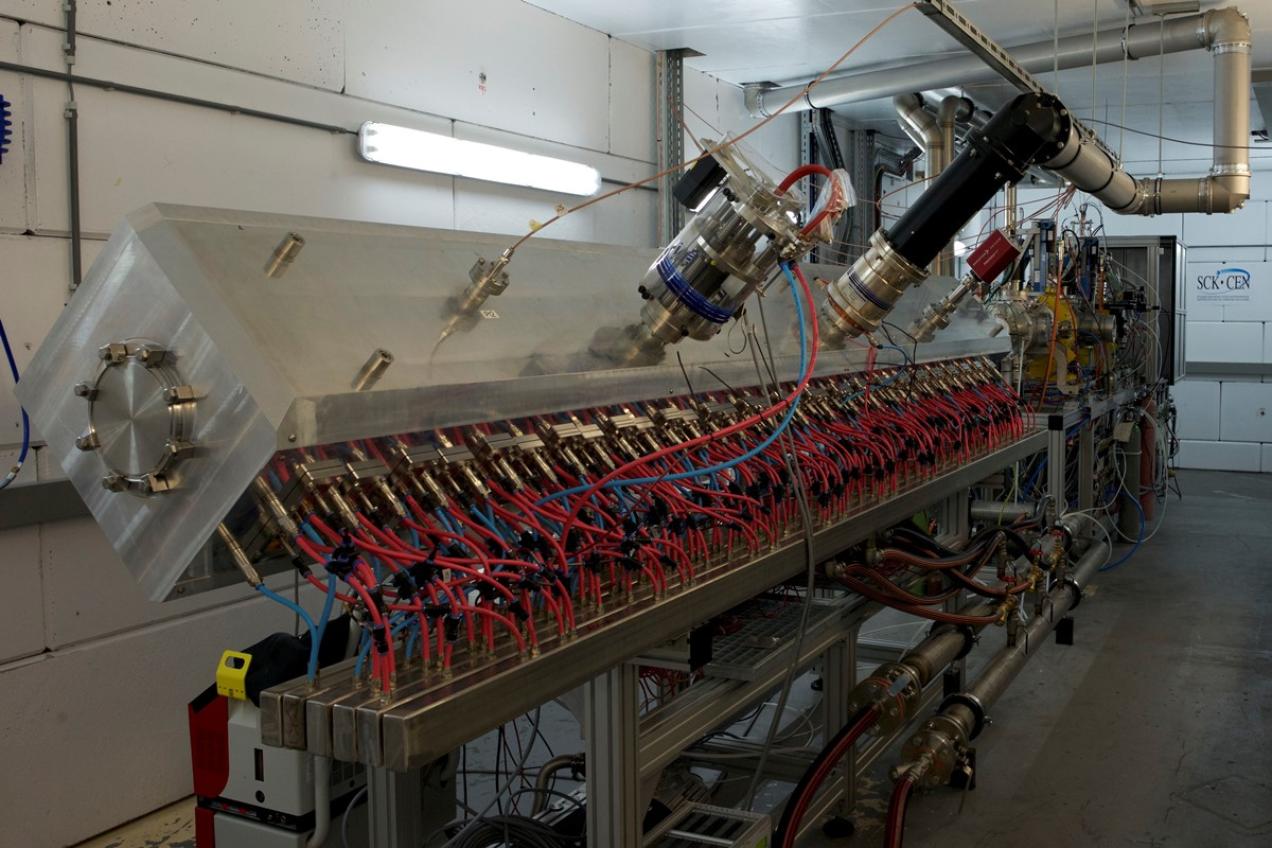 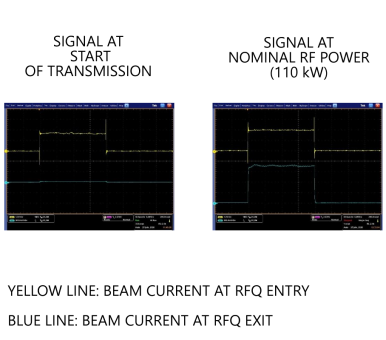 After hard work and despite difficult COVID-19 working conditions, the MYRRHA accelerator team succeeded in extending and optimising the installation. It connected the RFQ component with the already existing low-energy beam transmission line (LEBT). The next step consisted of fine tuning the RFQ in order to accurately match it to the LEBT. Another major preparatory step consisted of upgrading the ion source amplifier. In addition, an RF power amplifier for the RFQ was developed and constructed.

Last year, the first proton beam was generated in the ion source and sent through the LEBT. The accelerator team has now succeeded in sending the first proton beam ever from the ion source via the LEBT through the RFQ with an acceleration of up to 1,5 MeV. Early, very positive results confirm the team’s confidence that the accelerator’s high reliability requirements will be met. The initial tests were performed with short (200 µs at 0.5 Hz) pulses at nominal (115 kW) RF peak power and 4 mA peak beam current.

“The results show that the team succeeded well in integrating the RFQ,” says Dirk Vandeplassche, who leads the linear accelerator team. “The RFQ’s geometry and built quality have proven themselves with this initial test. Our next step is now to obtain detailed proton beam measurements in order to further optimise the setup. Next, we will complete the installation by adding CH accelerating cavities to the system. That will enable us to increase the beam’s energy to 2 MeV and eventually to 5.9 MeV. The beam will then undergo further optimisation to bring its reliability to the required level. Upon achieving that level, the linear accelerator will be transferred from our UCLouvain partner site to the MYRRHA site at SCK CEN in Mol.”

“This successful result is another milestone on our journey to build MYRRHA at SCK CEN with the cooperation of committed and trusted international partners”, says Hamid Aït Abderrahim, director of MYRRHA and SCK CEN deputy director-general.

For this achievement, we cooperated closely with partners in France, Germany and Belgium.