In his capacity as Special Envoy of the Belgian Federal Government for the MYRRHA research project, State Secretary Pieter De Crem paid a visit to the Nuclear Research Centre (SCK CEN) in Mol. 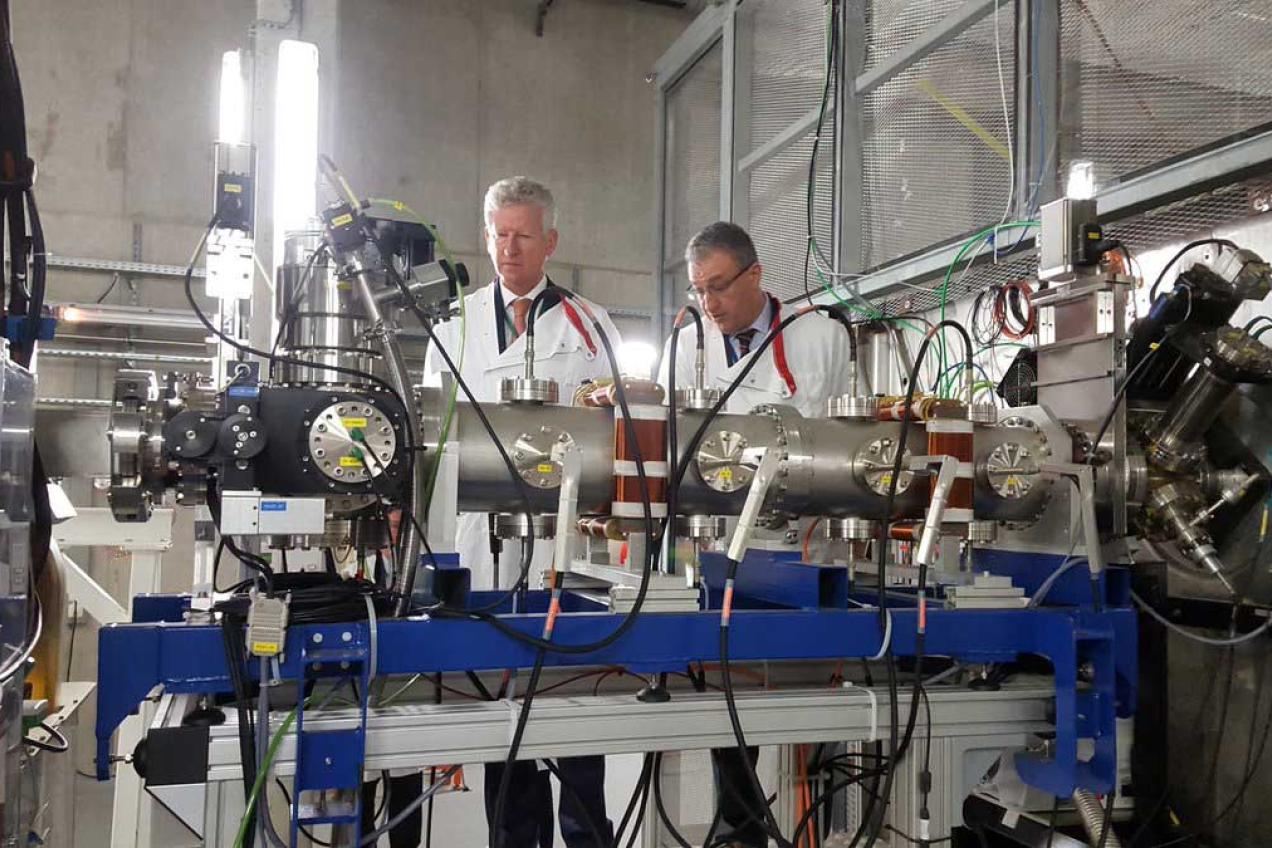 In 1995-1997, SCK CEN started the MYRRHA project for the design and construction of the first prototype of a nuclear installation powered by a particle accelerator on its premises in Mol. MYRRHA focuses on reducing the radioactivity of existing nuclear waste and on producing radioisotopes for medical applications.

The Federal Government decided in 2015 to support the MYRRHA project and designated State Secretary De Crem as Special Envoy of MYRRHA. The Special Envoy supports this project in a sustainable way and helps convincing potential foreign partners to invest in it.

In this context, State Secretary De Crem already had a meeting with Yukiya Amano, Director General of the International Atomic Energy Agency in October 2017. The IAEA was found to have a good understanding of the MYRRHA project, which in their view could significantly simplify the existing fast neutron systems.

The visit to the Belgian Nuclear Research Centre enabled State Secretary De Crem to enhance his insights into the project and update the status of the MYRRHA project.