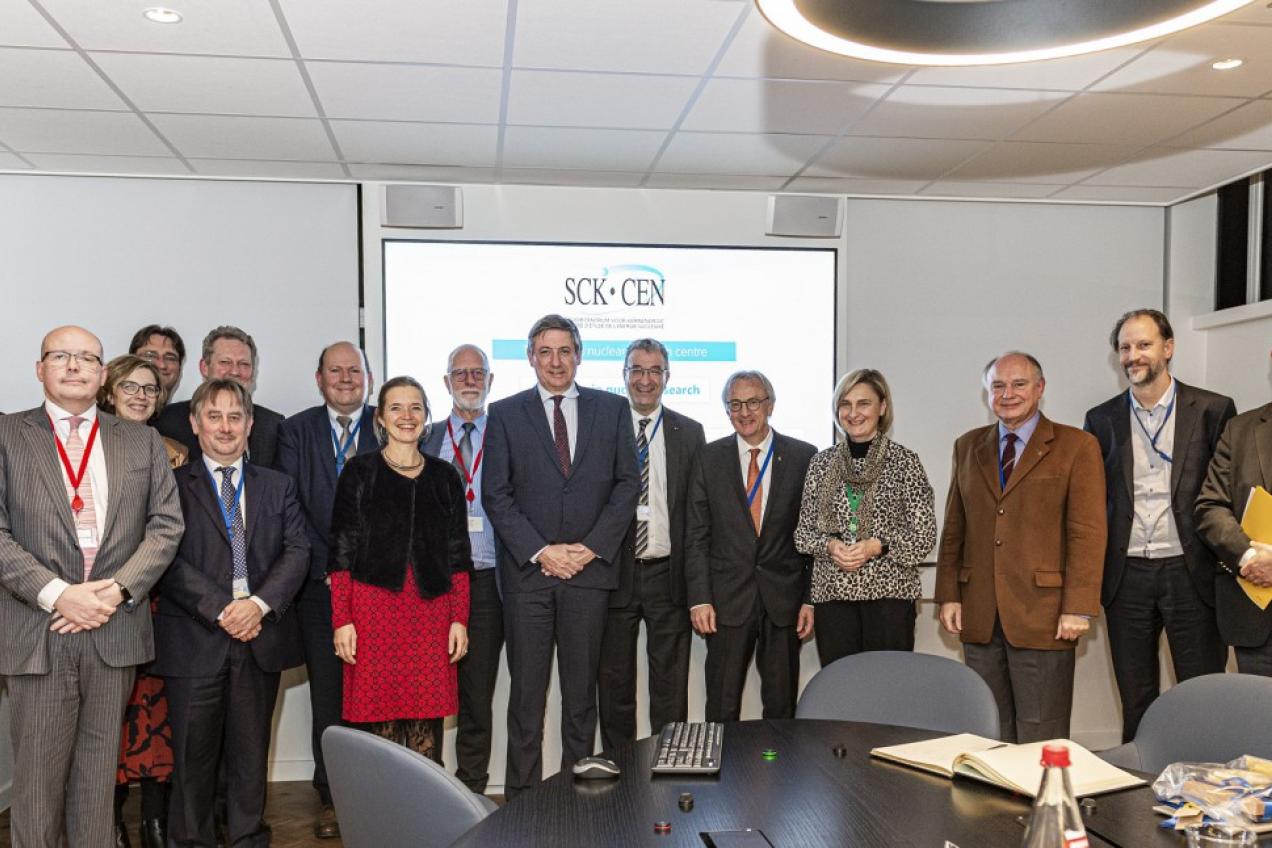 With each of its projects, SCK CEN tries to build bridges between the research community, the business world and society. “Our research acts as a catalyst for innovation in various sectors, among which the medical sector”, notes Eric van Walle, Director-General of SCK CEN. Several projects run by the Centre will contribute to the development of innovative cancer treatments. The research centre harbours the ambition of fighting against specific cancer cells by targeting them and, in doing so, making treatment for cancer patients more effective.

MINERVA - MYRRHA’s particle accelerator up to 100 MeV - will play a crucial role in this. “We aim to commission MINERVA in 2027 and to begin developing and producing innovative medical radioisotopes”, states Hamid Aït Abderrahim, Deputy Director-General at SCK CEN and Director of the MYRRHA project.

The Belgian federal government currently provides the main support towards the realisation of the MYRRHA research infrastructure, but Flanders is also committed to the project. To this effect, the Belgian region included support to MYRRHA  in its 2019-2024 government agreement. “Flanders offers enough support to the research part of the MYRRHA project to speed up the applications and valorisation of the research. Developing such technology will allow us to make a difference worldwide”, points out Jan Jambon, Minister-President of the Flemish government.

“I am impressed by the research that is performed at SCK CEN”, says Hilde Crevits, Flemish Minister for Economy, Innovation, Employment, Social economy and Agriculture. “SCK CEN proves that innovation helps our society thrive across many different sectors. In addition, the MYRRHA project helps reducing the amount of nuclear waste.”