SCK CEN organises the MYRRHA World Days this week. 220 policy makers, scientists and investors from 23 countries will participate in the event, among whom Carlo Rubbia, Nobel Prize winner in Physics and father of the technology on which the MYRRHA project is based. 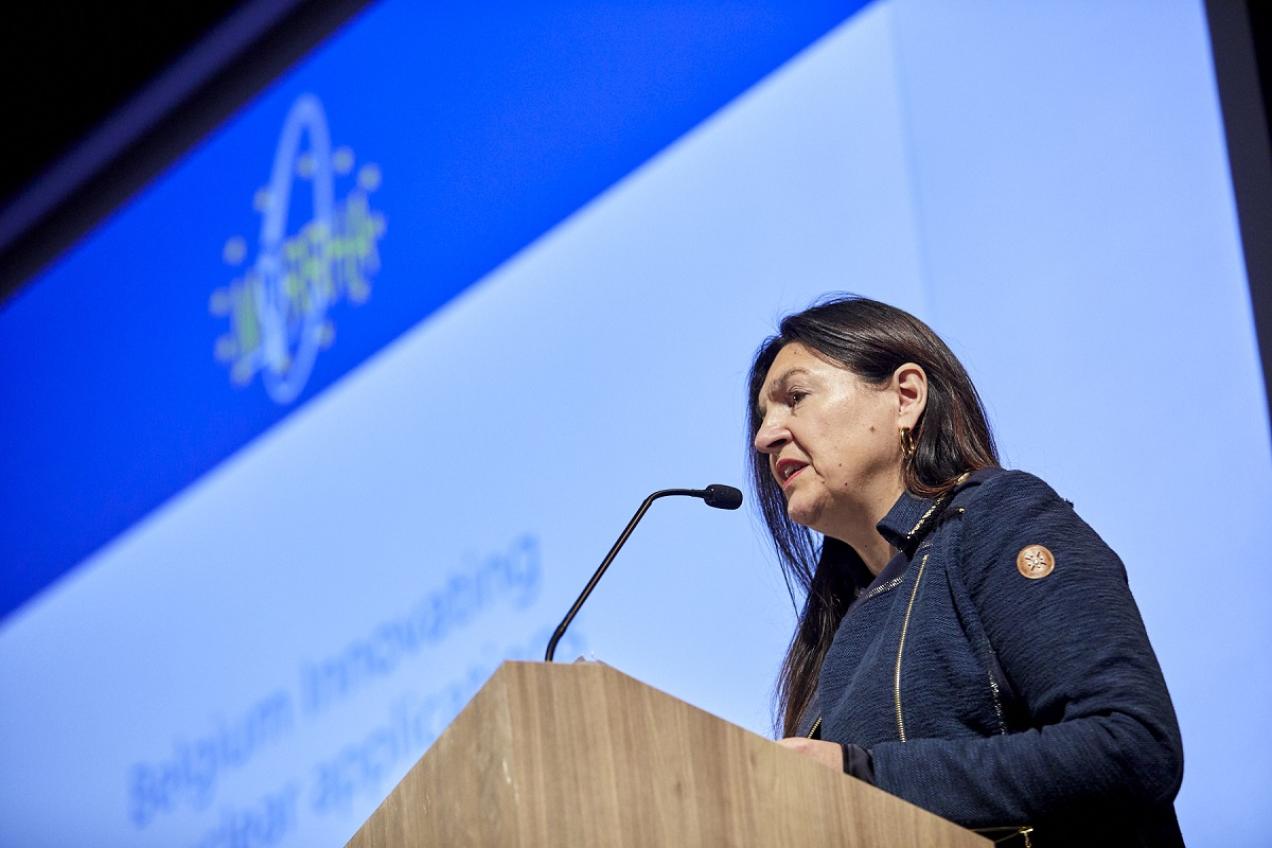 In 1993, Nobel laureate and former CERN director Carlo Rubbia hit upon the idea of the ‘Energy amplifier’: a nuclear reactor which produces electricity and burns almost all of its own nuclear waste as well as that of other reactors. A unique feature of this concept is its lead-cooled core. The core does not contain enough fissile material to spontaneously maintain a chain reaction. That is the reason why Rubbia coupled it with a particle accelerator. This particle accelerator shoots protons into a target and in doing so produces the neutrons that will maintain the fission reactions in the reactor. This concept (Accelerator Driven Systems - ADS) has been acclaimed worldwide and research in this field has never stopped to this day.

“The research into ADS was given a strong boost last year when the Belgian government decided to build the innovative research infrastructure MYRRHA”, states Eric van Walle, SCK CEN Director-General. “MYRRHA is the world’s first prototype of a high-power ADS research reactor. We are in fact realising, on a semi-industrial scale, the theories to which Rubbia has made a great contribution. It is unseen!”

A year after the decision was made, MYRRHA is slowly but surely being implemented. During the MYRRHA World Days, a first contract is signed for the design of buildings and utilities (cooling, water and electricity) of the first phase of the accelerator. The main building is a tunnel that will accomodate the first part of the accelerator and will be 150 meters long, 7.5 meters wide with a height of 3.5 meters. “We are delighted to announce that, today, we have signed an agreement with the Belgian company Tractebel and the Spanish company Empresarios Agrupados. It is the first major contribution of MYRRHA to the economy”, concludes MYRRHA Director Hamid Aït Abderrahim.

At the MYRRHA World Days' stakeholder event, the very best in the world in the field of accelerator driven systems (ADS) gathered at SCK CEN in Mol in presence of the Belgian minister of Energy, Environment and Sustainable Development, Marie Christine Marghem, who stressed the importance of maintaining nuclear expertise, knowledge but also know-how by investing in an ambitious and innovative nuclear project such as MYRRHA. “We come together to display the progress MYRRHA has made and to highlight its social value for the next generations. Accelerator driven systems, of which MYRRHA is the front runner, pave the way to new applications”, explains Hamid Aït Abderrahim. “MYRRHA will contribute to developing new radioisotopes for innovative cancer treatments. Thanks to MYRRHA, we are also developing the technology to drastically reduce the volume and radiotoxicity of high-level radioactive waste through the process of transmutation. We are therefore investigating a solution to optimise geological disposal.”

“It is our duty as scientists to find solutions to today’s global challenges. We will not find solutions by repeating the past, but by pushing the frontiers of knowledge and, in doing so, making new discoveries. MYRRHA is a  remarkable Large Research Infrastructure to address some of the most fundamental challenges. This project will fuel the world’s approach on treating nuclear waste and paves the road for the development of sustainable nuclear energy”, says Carlo Rubbia. Beside him, many notable international speakers took the floor, among whom Domenico Rossetti di Valdalbero (Deputy Head of Unit Euratom Research, Directorate-General for Research and Innovation, European Commission), Jean-Luc Biarrotte (Scientific Director of the French IN2P3/CNRS), Walter Tromm (Director of the Karlsruhe Institute of Technology) and Yukitoshi Miura (Executive Director of the Japan Atomic Energy Agency).

MYRRHA is supported by the Belgian government as the project can boast a great social and economic value added. Its value added is estimated to approximately € 7 bn. “The project will also create jobs”, points out Hamid Aït Abderrahim. “At the moment, our team comprises 135 people but on average some 700 people will work on MYRRHA every year, both during the construction and operational phases. In 2015, MYRRHA was included in the list of the European Commission Investment Plan (known as the Juncker Plan).”

The facility will be built on SCKCEN’s site in Mol. Preparations for construction are already in full swing. His Majesty the King of Belgium was also able to witness it during an official visit in June of this year. The goal is to commission MINERVA - phase 1 of the MYRRHA project - in 2027 and to start with the development of innovative medical radioisotopes. 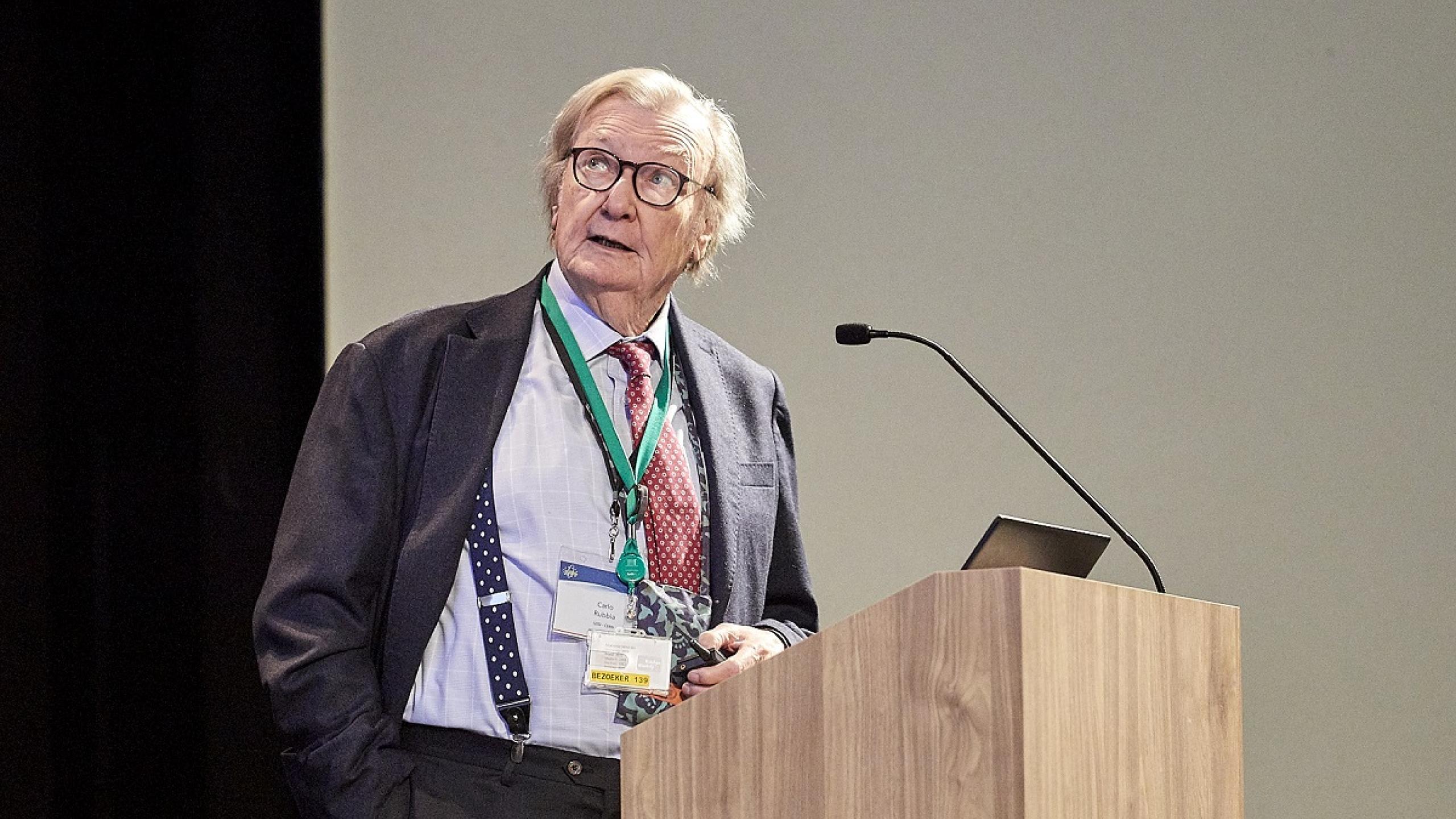 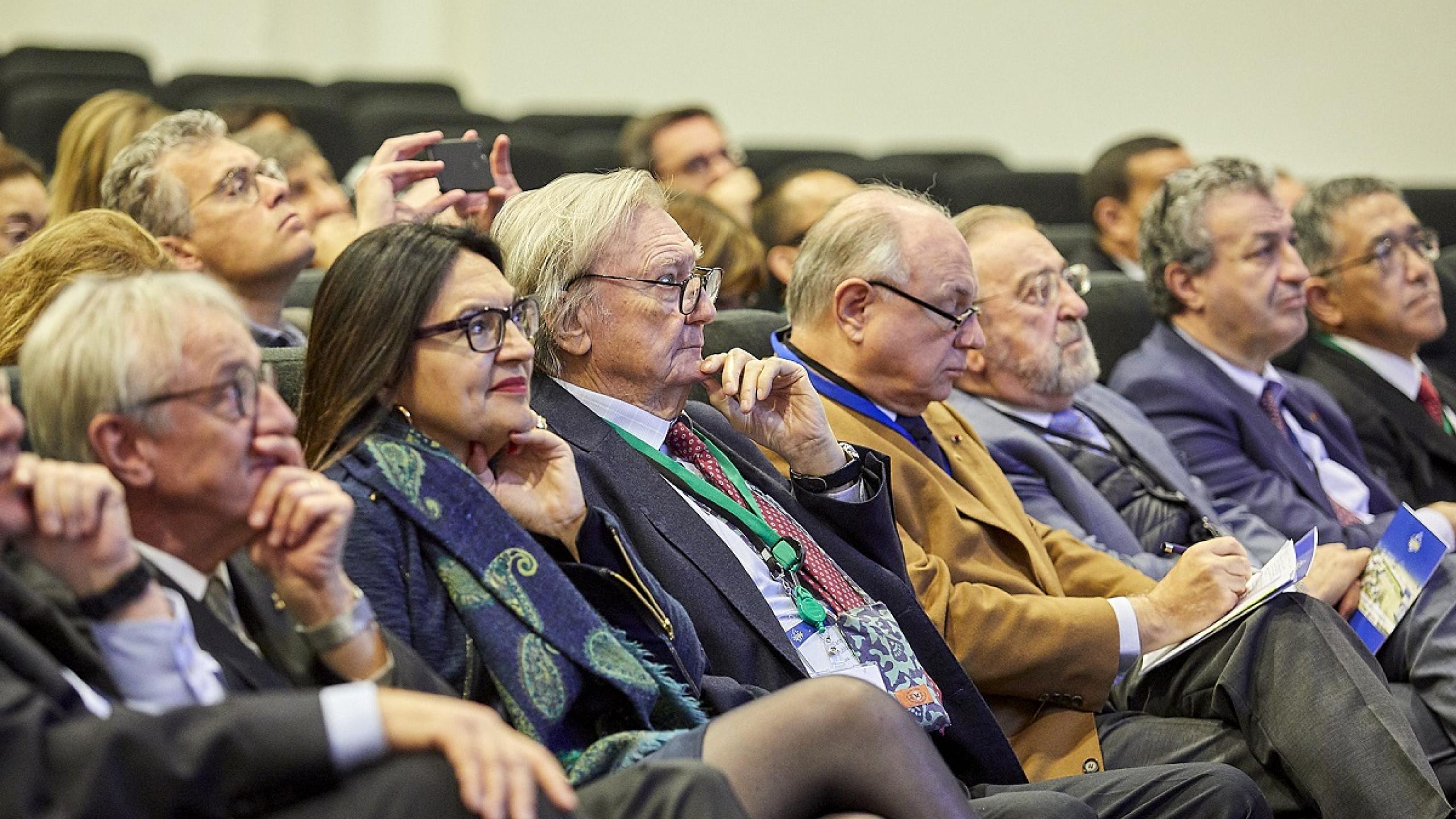 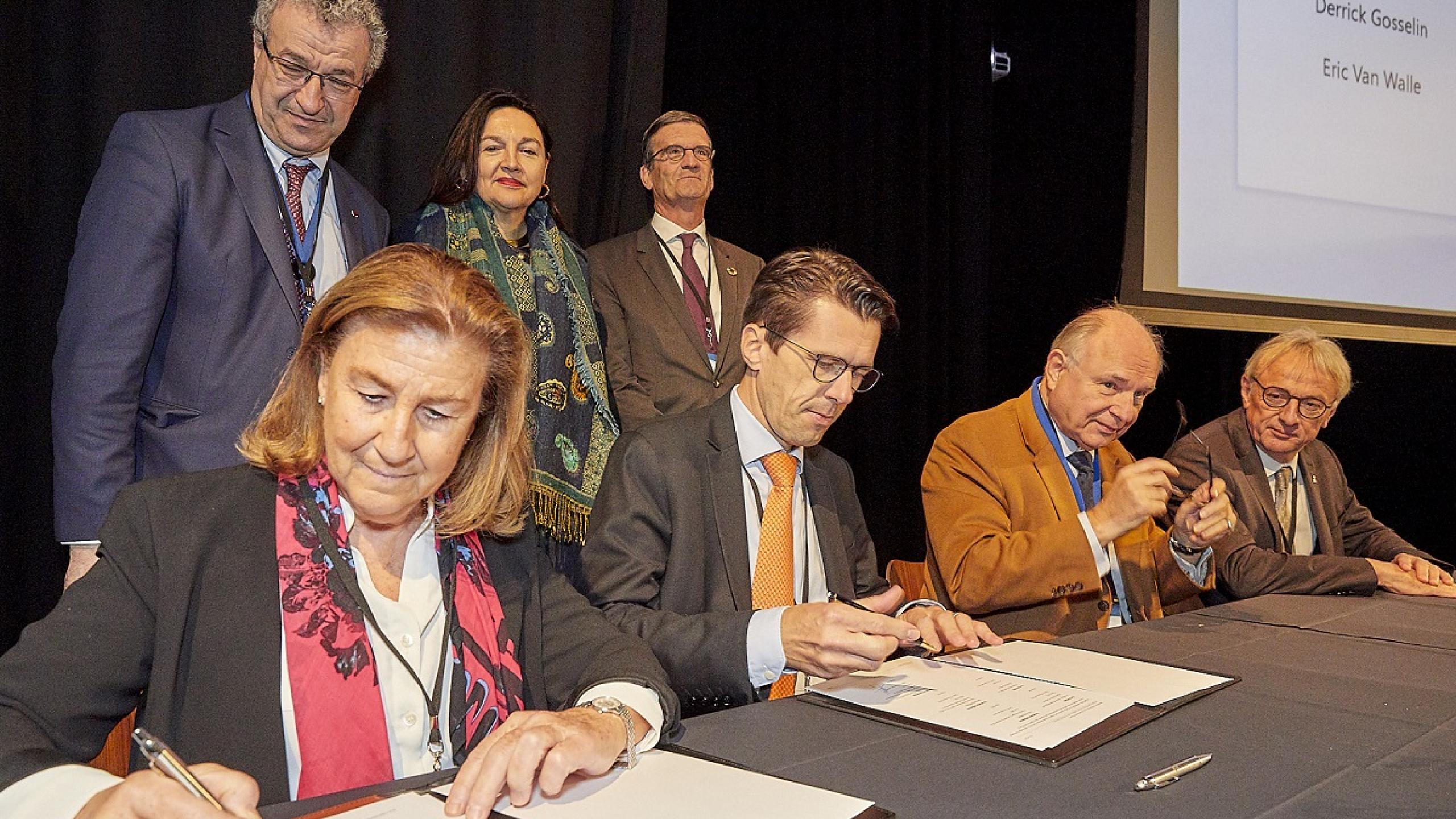 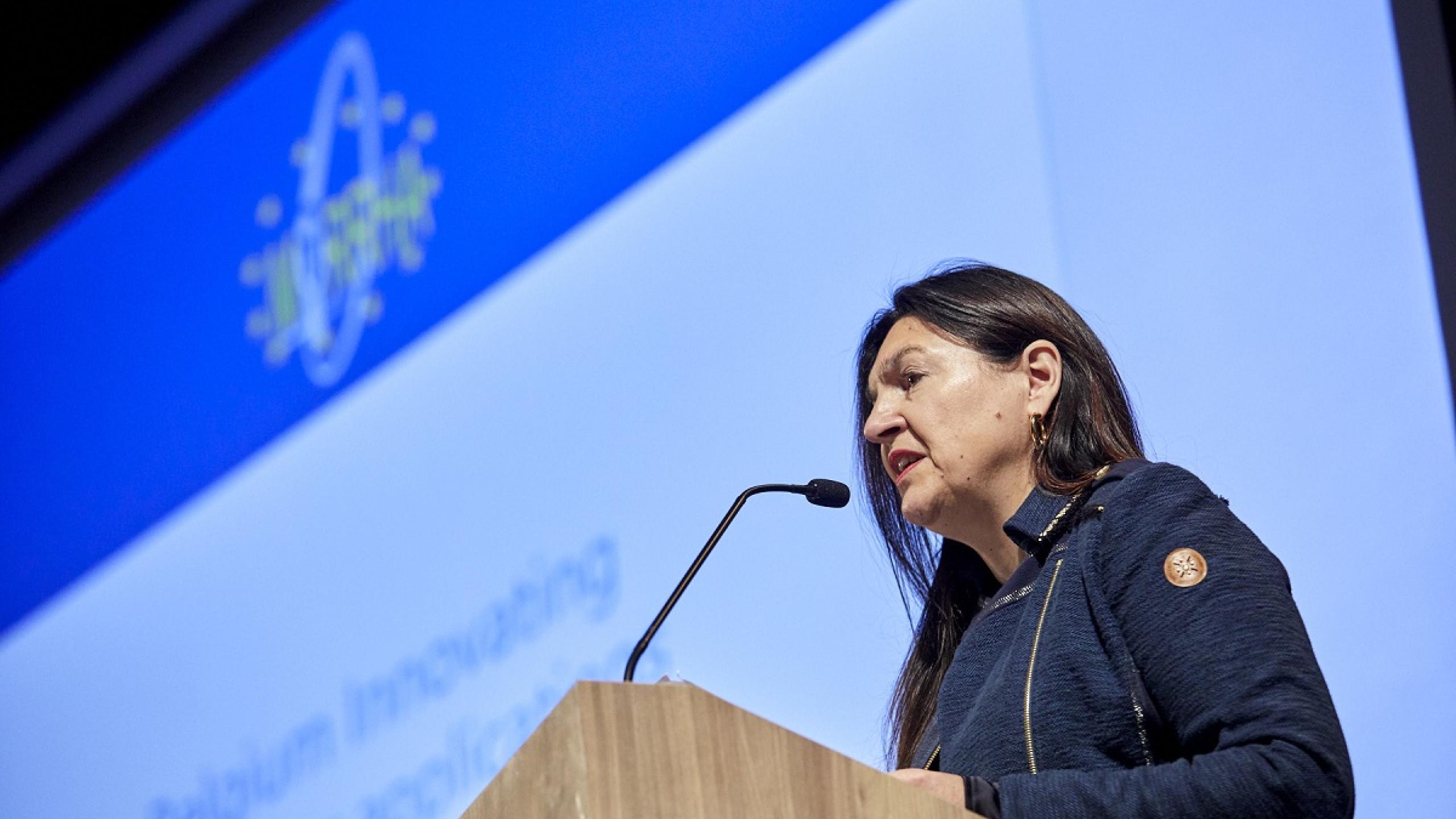 International experts gather for the MYRRHA World Days in Mol