The International jury of the Marshall Plan Competition Poles of the Walloon government visited the MYRRHA project today. During the visit, the jury members discovered the project’s different components and associated support R&D program in order to identify opportunities for industrial partners in Wallonia for contributing to MYRRHA. 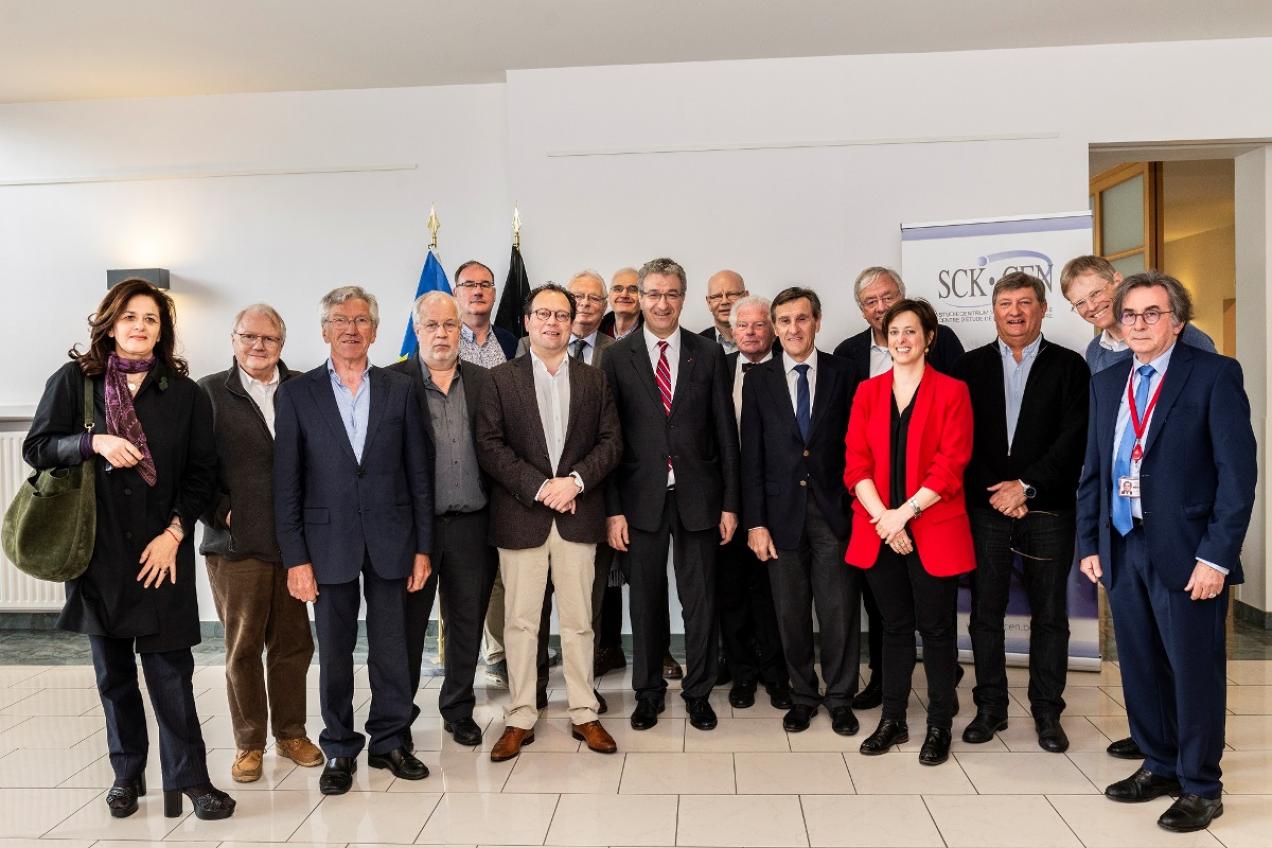 According to a socio-economic impact study by PricewaterhouseCoopers in 2017, the MYRRHA research project offers significant opportunities for industrial partners in the three regions of Belgium and in Europe. The world’s first Accelerator Driven System consists of a linear particle accelerator that drives a lead-bismuth cooled reactor and a Proton Target Facility for radio-isotope production and physics research. The PwC study envisages € 6,700 million of economic added value and a job creation of 34,000 FTE's from construction (starting in 2021) to exploitation (until 2065). PwC pointed to Wallonia’s expertise in construction, research and management consulting. In fact, the initial phase that will deliver fundamental stability for the entire accelerator is being researched and implemented at Louvain-la-Neuve.

During the visit, the jury members of the Marshall Plan’s Competition Poles led by its chairman Mr Luc Van Steenkiste immersed themselves in MYRRHA’s various technologies to gain a better understanding of the opportunities MYRRHA offers to several industrial sectors in Wallonia. MYRRHA Director Hamid Aït Abderrahim briefed them extensively of the project’s phased implementation. In a first phase, the linear accelerator will be built with a 100 MeV output. In addition extending the accelerator to 600 MeV, designing the lead-bismuth cooled reactor and obtaining a license will be prepared, so that they can be executed in the project’s second and third phases. At the end of the visit, both delegations were optimistic that it had contributed to mutually rewarding future cooperation.